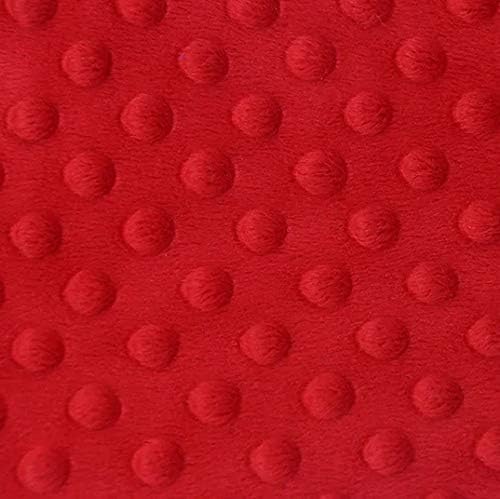 This adorable, silky soft and cuddly Minky Dot Fur Fabric has a smooth mink-like surface with raised dots and dimple-like embossing. No one can resist the incredible softness of this fabric. Minky Fabric does not require pre-washing before being sewn into your final project.