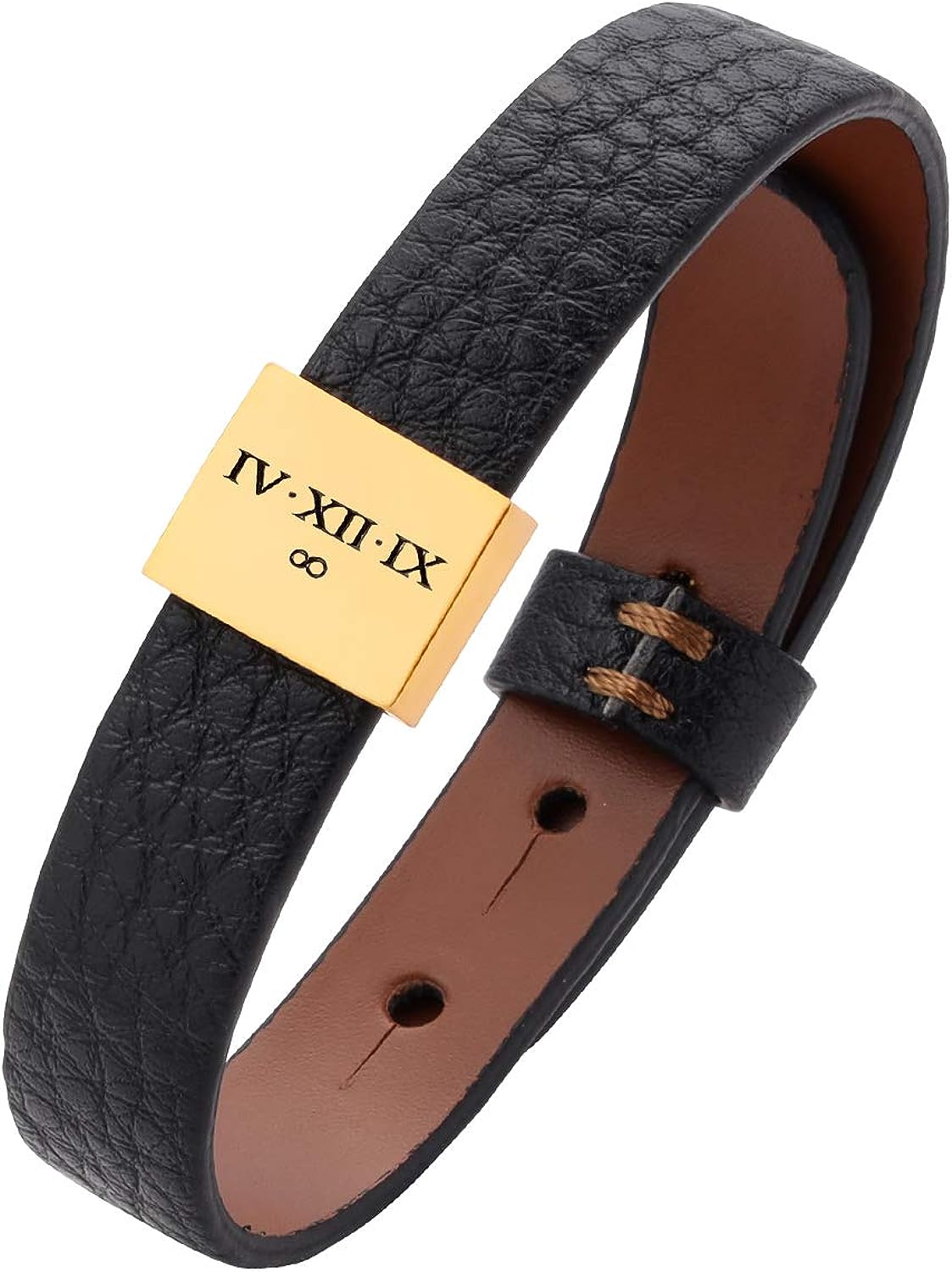 This genuine leather men's bracelet makes a perfect anniversary, birthday, or Valentine's Day gift, he is sure to treasure. The bar can be customized with a name, coordinates, your wedding date, symbols, and more! These also make great gifts for dads, brothers, and uncles on their special day. Comes in two finishes that match just about any outfit!